The Austin branch of Houston-based Abel Design Group (ADG) is expanding its footprint. ADG Austin is taking over the space formerly occupied by legal firm Kastner Gravelle. The expansion will double the size of the ADG Austin office, located at 800 West 5th Street. The expansion is scheduled to be completed by the fall of 2018 and will provide much-needed space for the growing team. Read more about the growth of ADG Austin in the Austin Business Journal: http://bit.ly/ABJADGAustinTeamGrows

To match the growth in office space, the Austin office is welcoming two new employees, Laura Evans and Georgina Abboud. Laura Evans, AIA and ADG Houston Project Manager, was recently promoted to Associate II. She is a Registered Architect in the states of Texas and New York and is transitioning to the Austin office over the summer. Georgina, Junior Associate, joined the ADG Austin office in April 2018. She studied in Cyprus and Greece and has completed multiple international projects ranging from hospitality and commercial to residential and medical projects, including a law firm in Jerusalem. 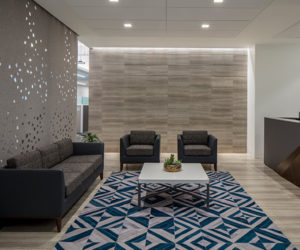