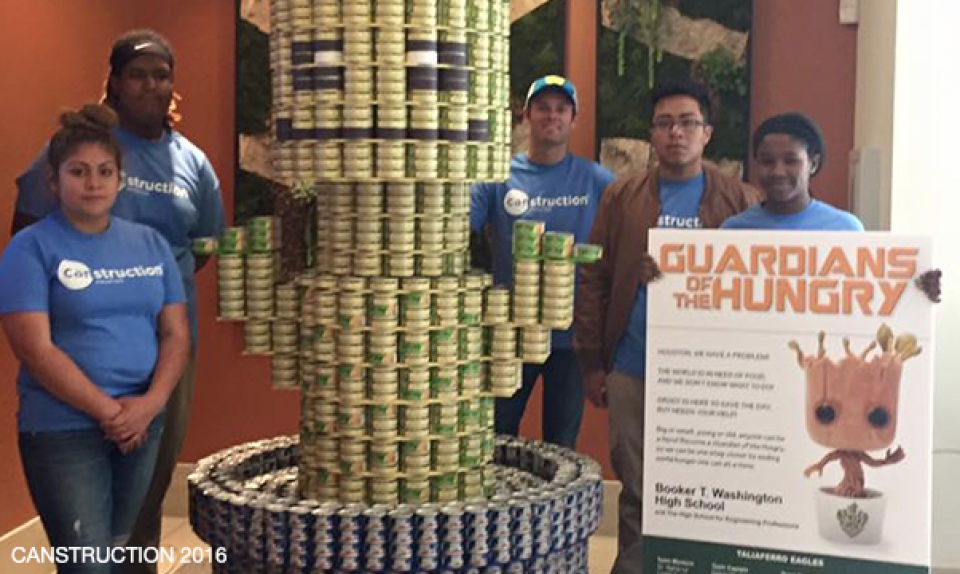 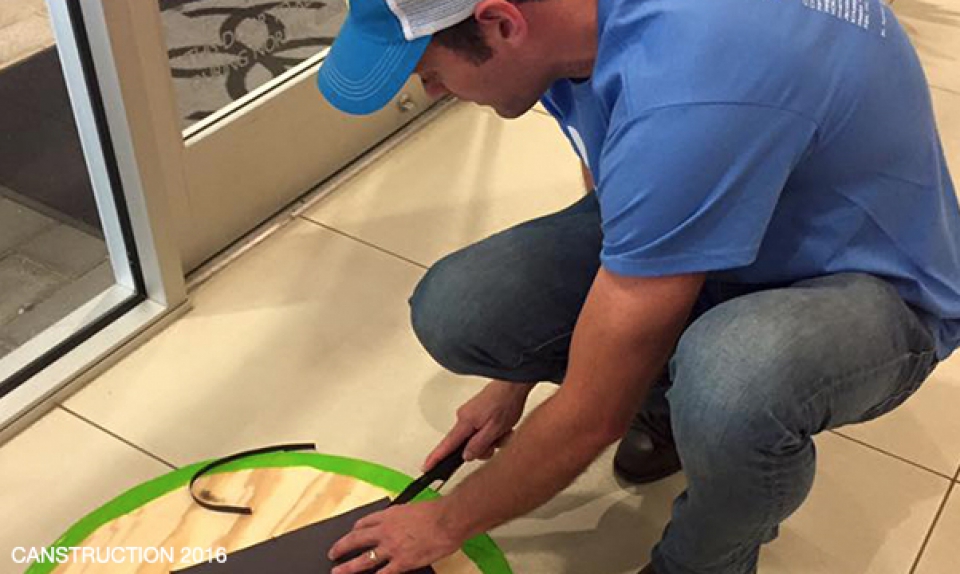 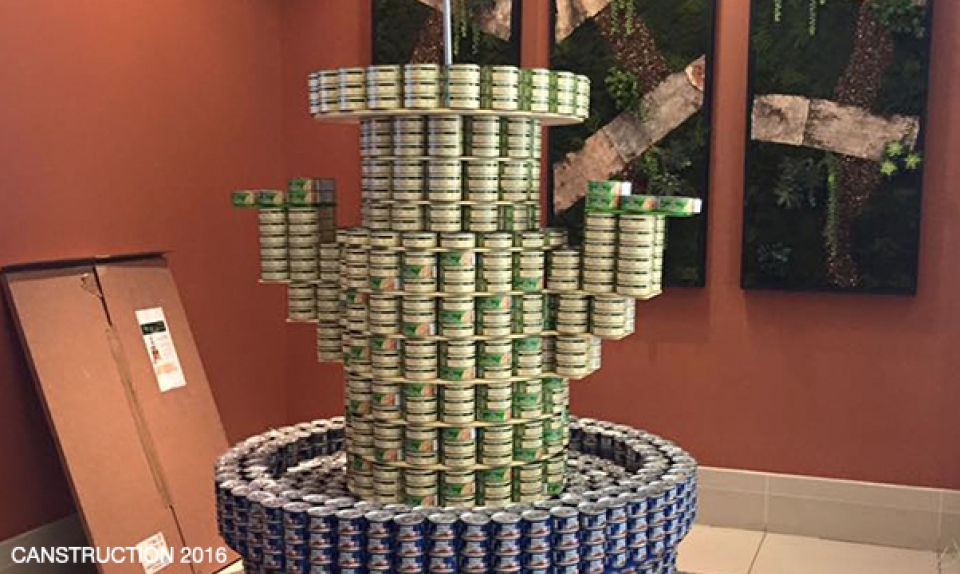 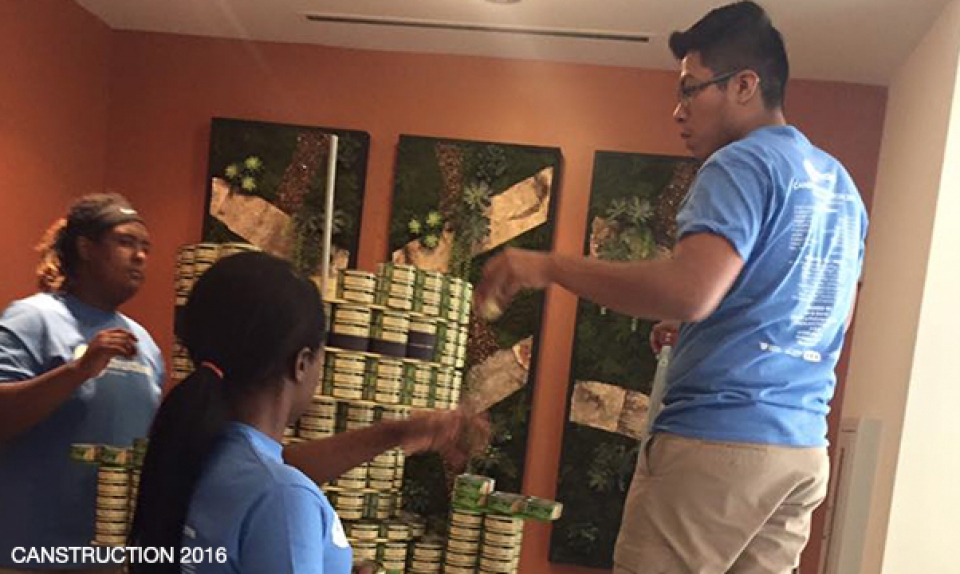 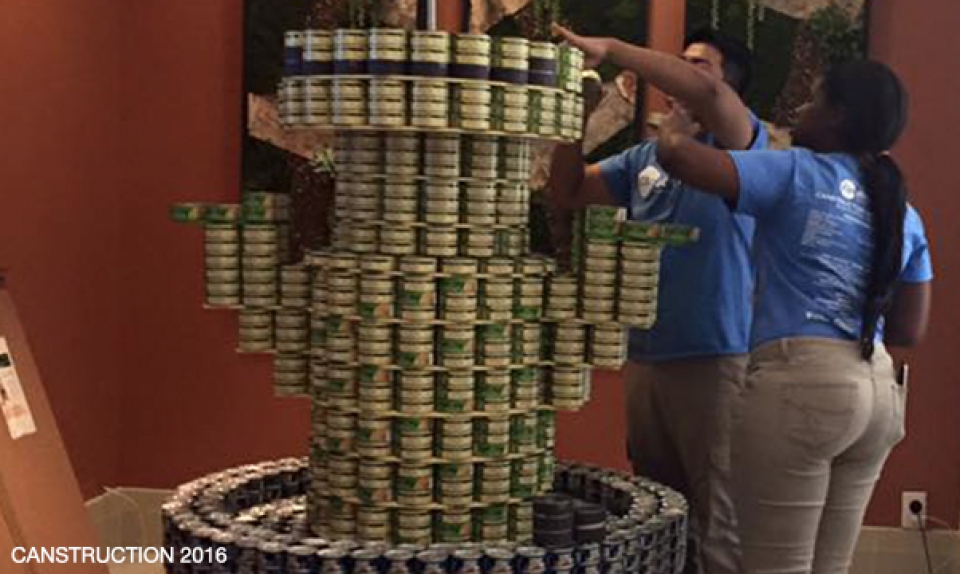 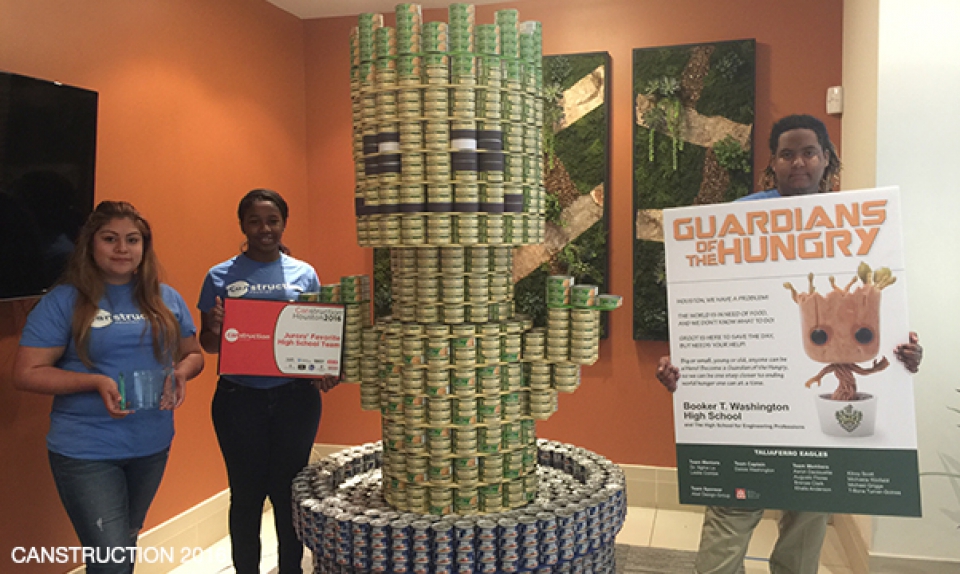 Through the mentorship of Abel Design Group (ADG) associates, a can sculpture was designed by Booker T. Washington High School (BTW) students for the annual Canstruction® Houston competition held at CityCentre Houston on November 5, 2016. The BTW team won Jurors’ Favorite for a can sculpture based on Groot, a character from the movie Guardians of the Galaxy. The can sculpture will be on display at The Lofts at City Center until November 12. PODS Houston made an early morning delivery of approximately 3,000 cans to build the can sculpture. “It’s always an honor to work with Booker T. Washigton, and to be a part of Canstruction,” stated Dare Lovett, ADG Principal and Director of Architecture. This was the second time this year that Canstruction Houston brought ADG and BTW together.

In April of 2016, ADG partnered with Canstruction Houston, the students at BTW, and The Children’s Museum of Houston, for an exclusive Earth Day exhibition benefiting The Houston Food Bank. Through the mentorship of ADG associates, a special Canstruction project was designed by BTW High School students for The Children’s Museum of Houston and built on Earth Day, April 23. The canned goods used to build the structure were donated to The Houston Food Bank.

About Canstruction
Canstruction is a non-profit organization in which teams of architects, engineers, construction firms and students compete to create giant structures made entirely out of canned food. After the event all food is donated to the local food bank. Canstruction was founded in 1992 by the Society for Design Administrators and has since raised nearly 30 million pounds of food for local communities around the world. Canstruction is one of the largest internationally recognized food drives of its kind.